Rocco Up, a documentary filmed & directed by John Madere, captures the heartfelt story of a severely autistic boy whose father taught him to surf as a non-verbal means of connecting with him. Along their journey the surf community of Montauk, NY, was instrumental in cheering him to stand “up” on the surfboard. Our challenge was to create a brand strategy and to promote the film to support the production’s fundraising effort.

Our team curated still images from the film to engage an audience in the emotional story while highlighting the natural beauty of Montauk—the backdrop to this tale. We designed the film’s brand identity to provide visual consistency. We created the strategy and design for the website, all promotional print and digital collateral for events and a social media campaign to drive awareness and funding. 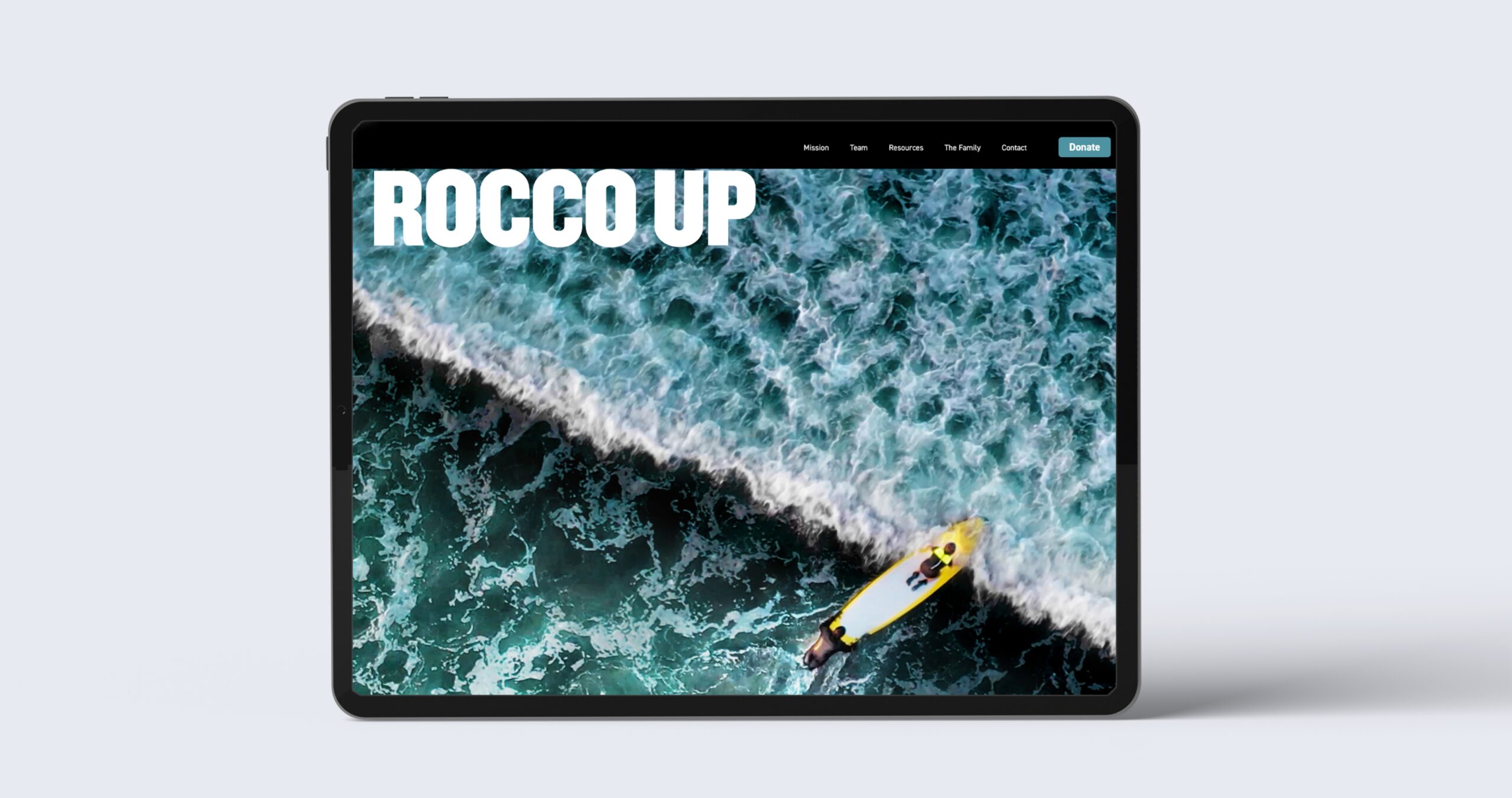 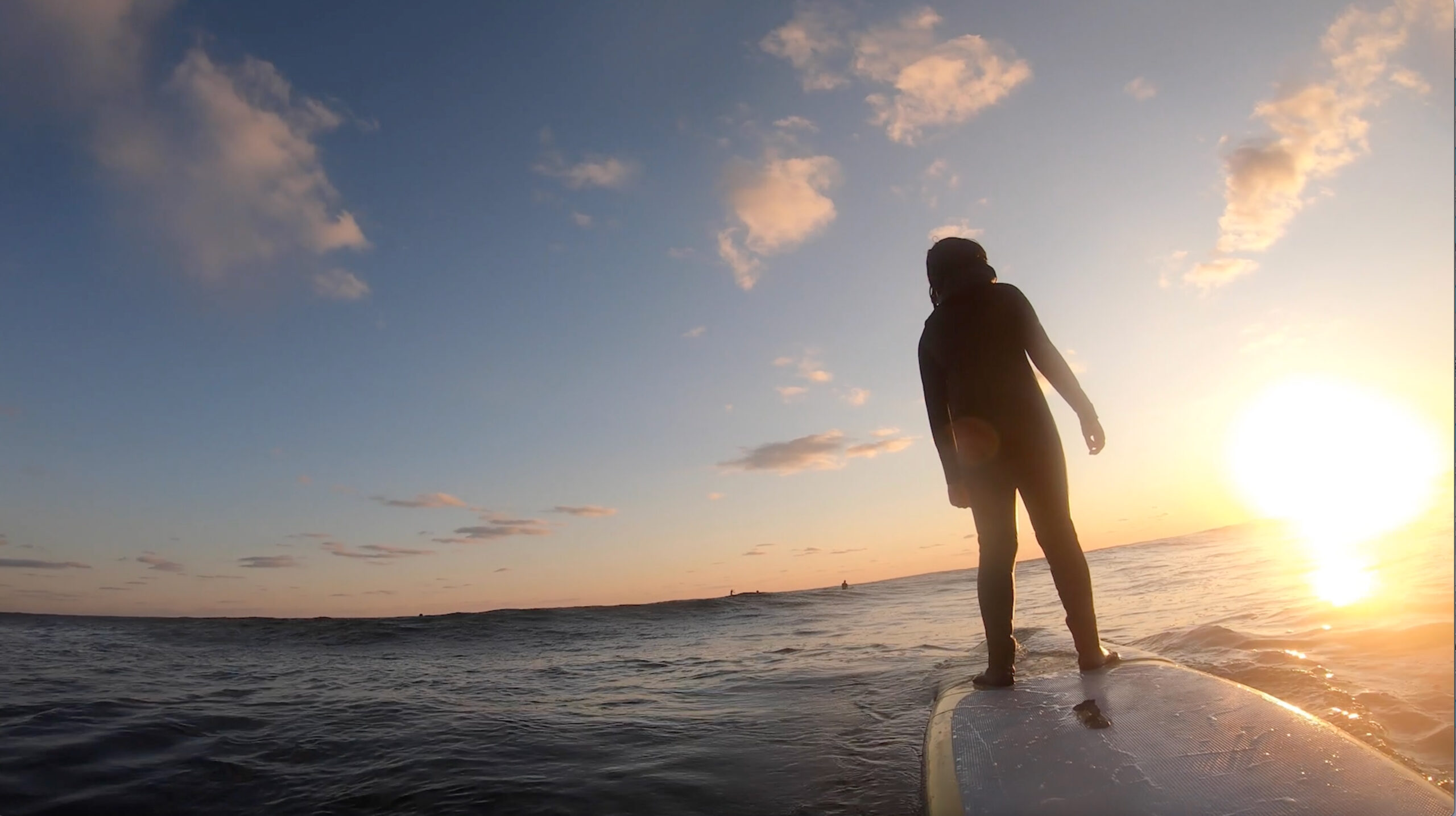 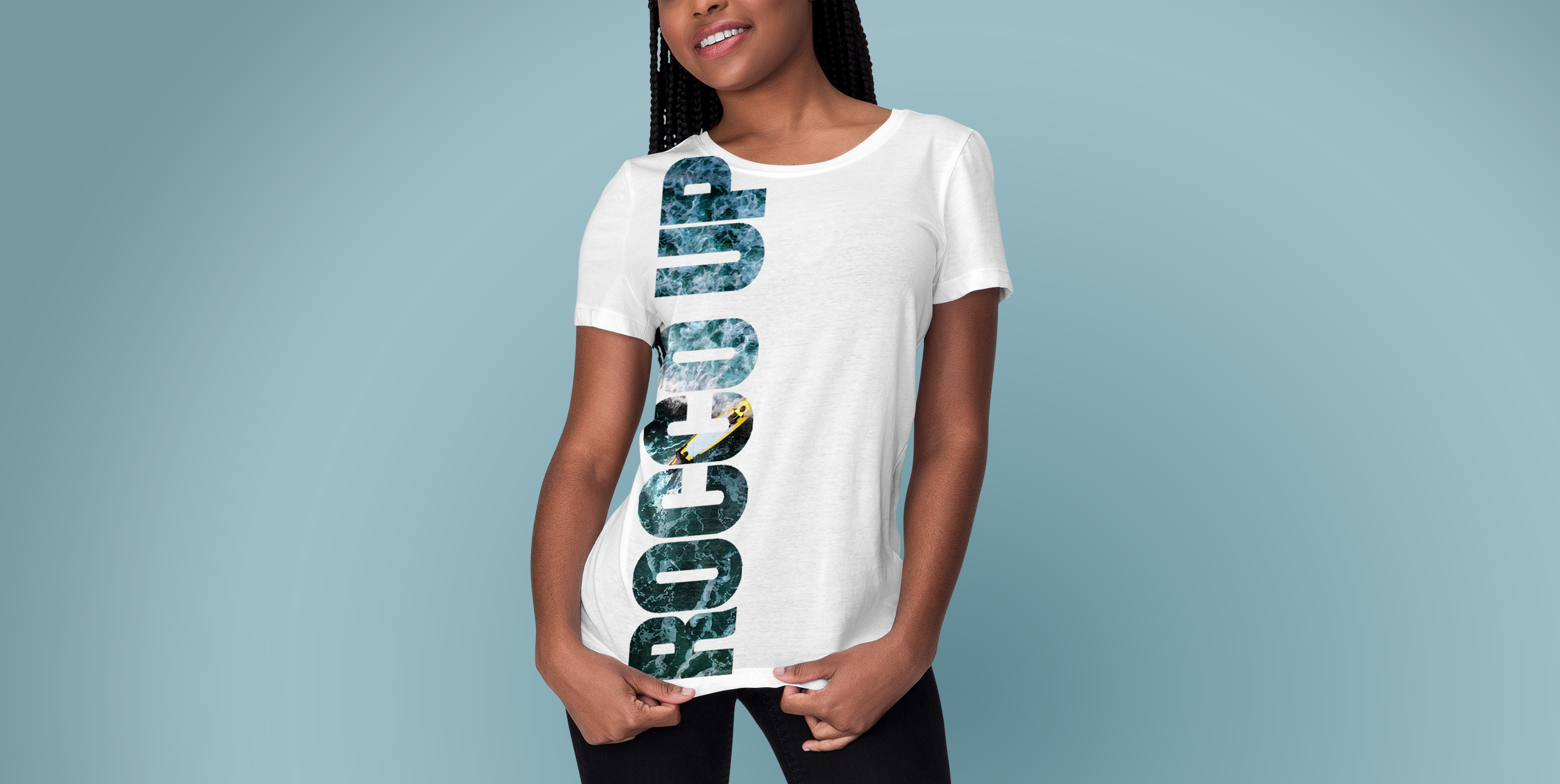 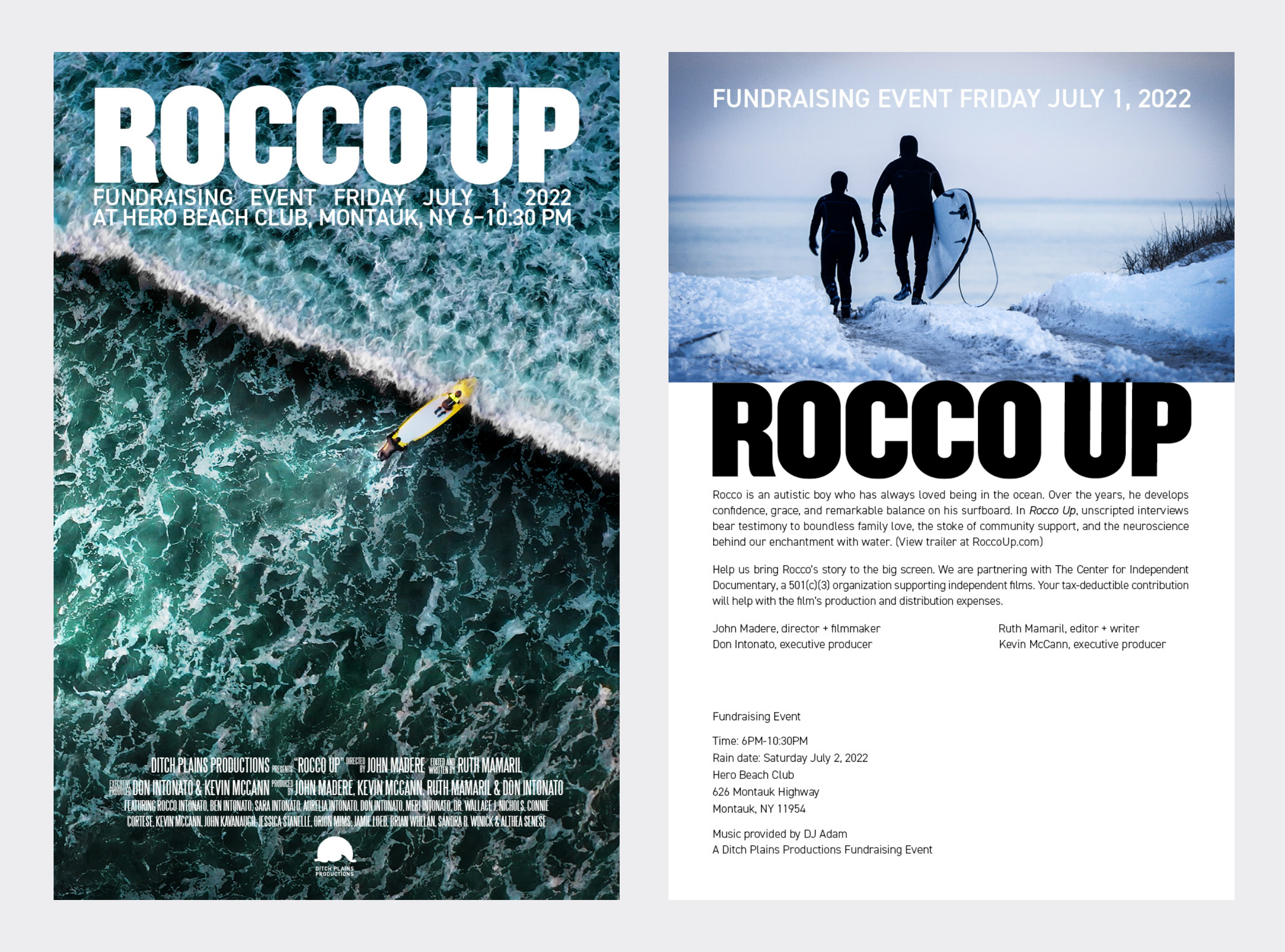 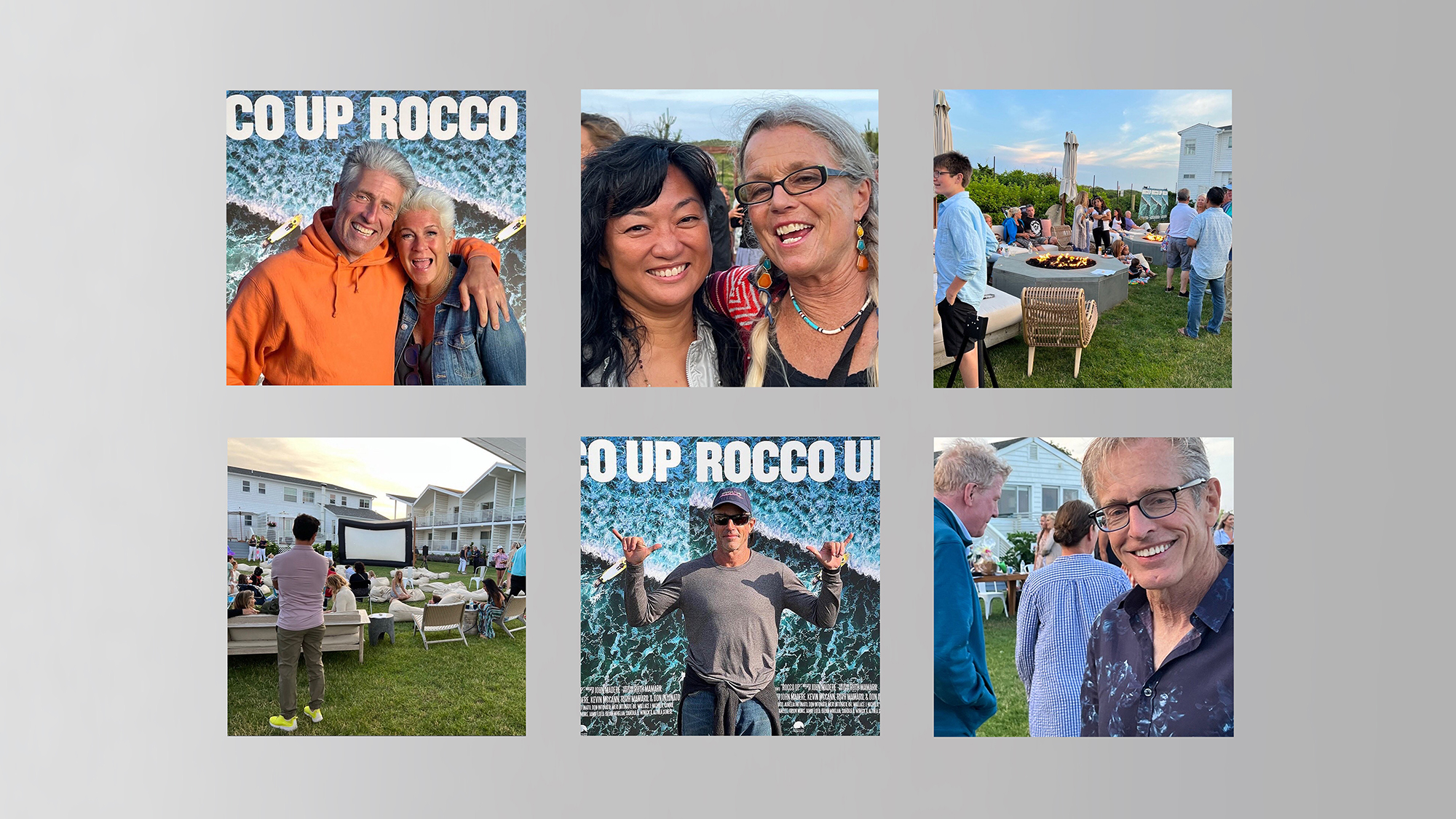 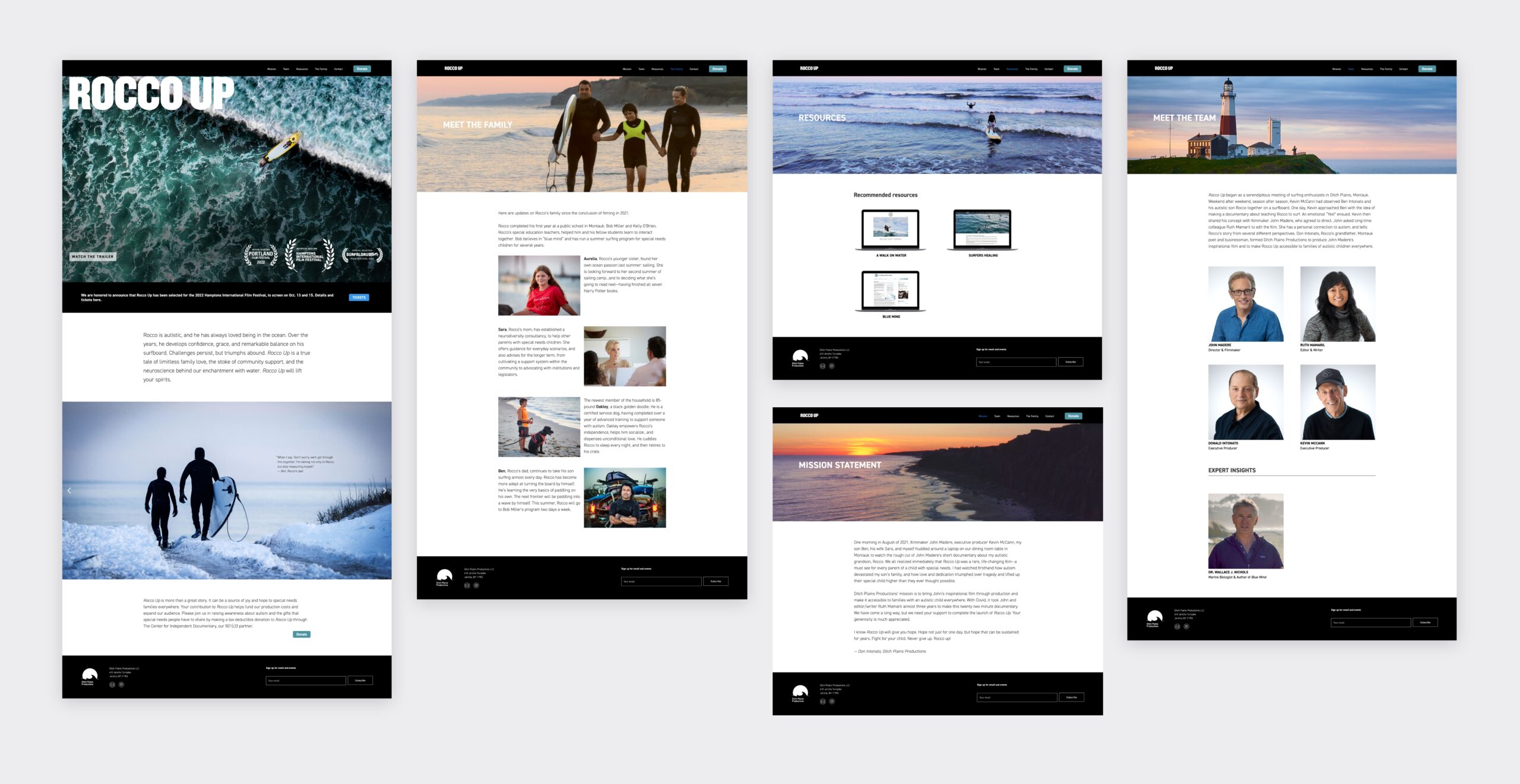 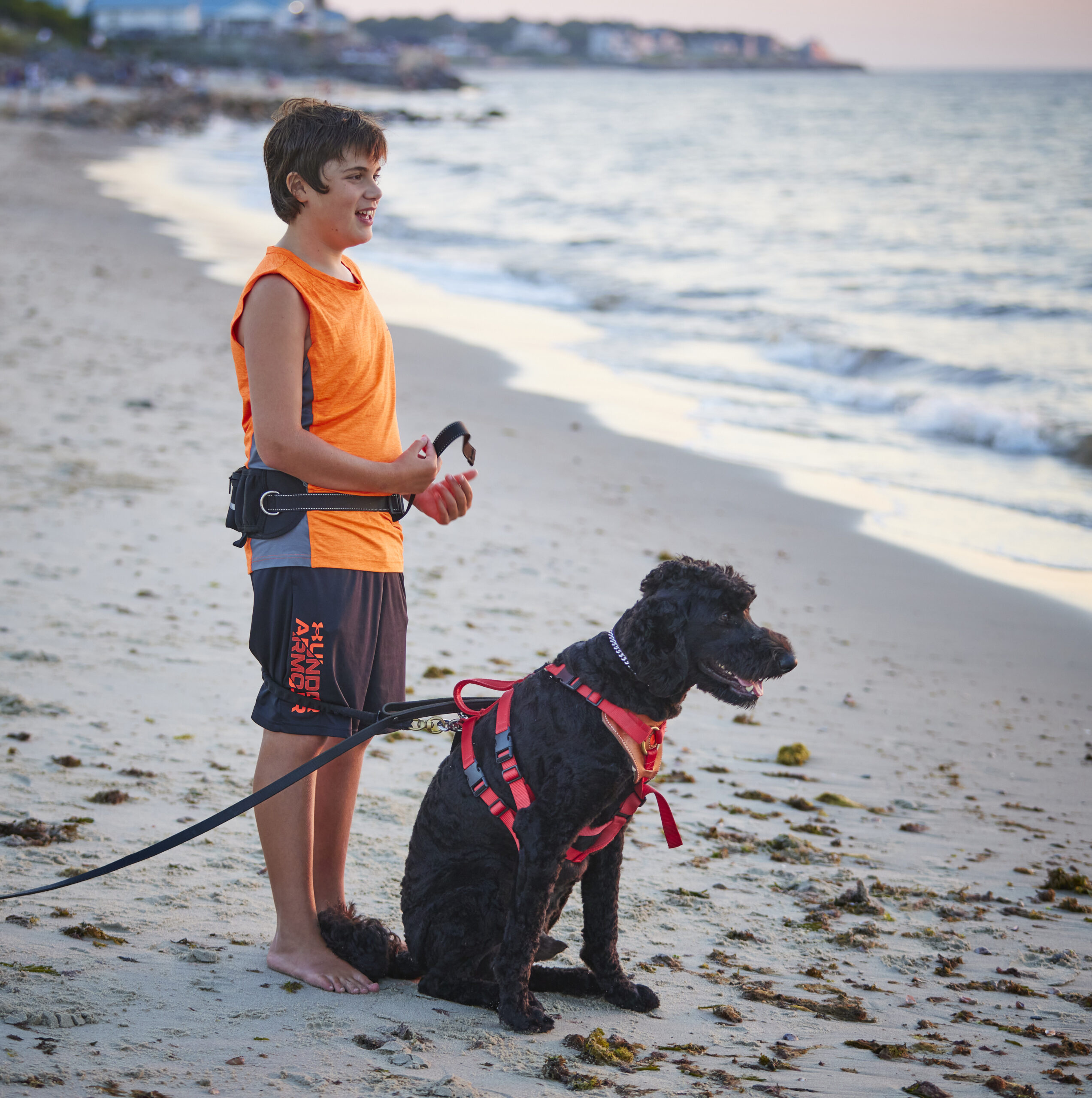 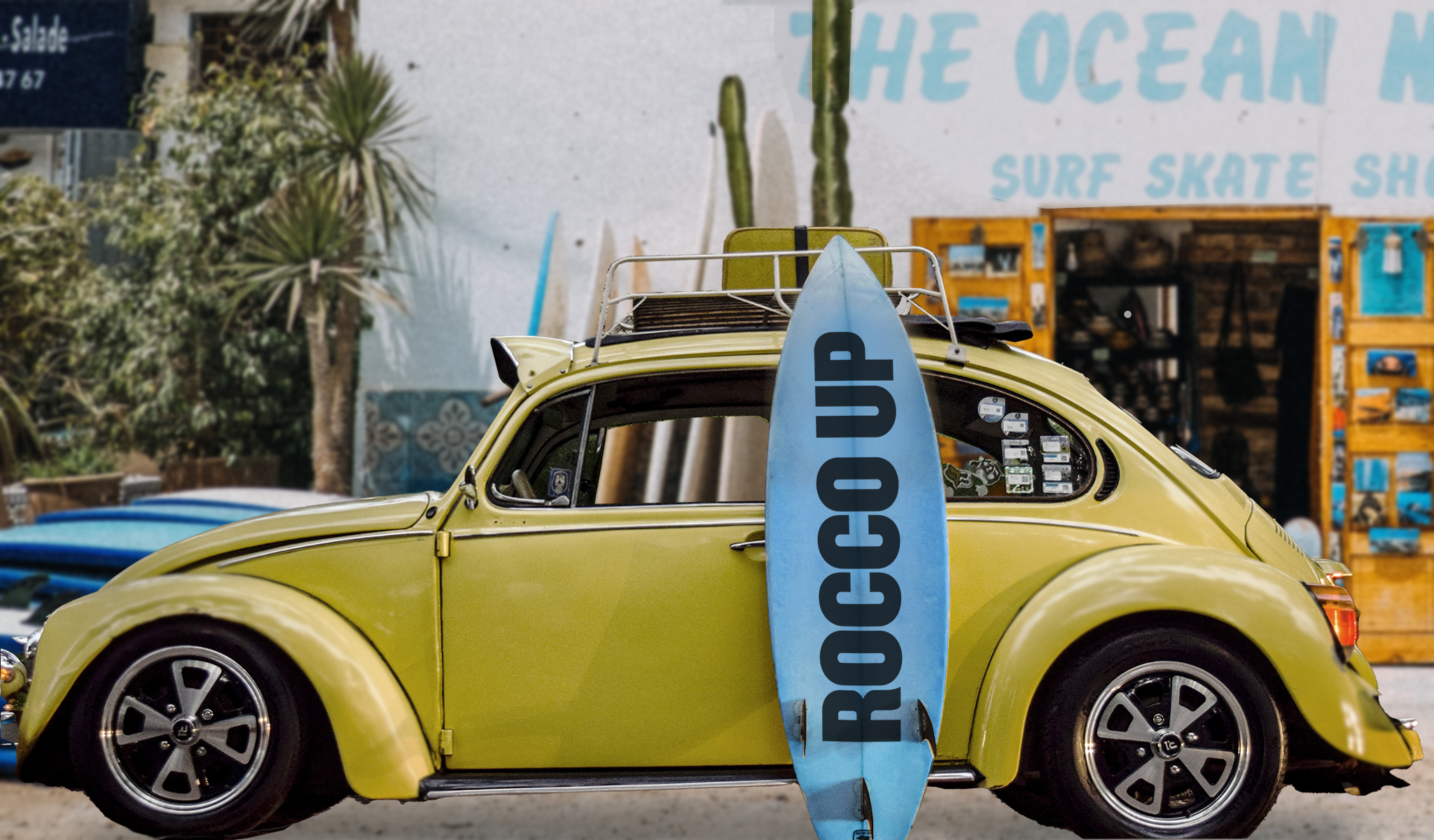